In Cahoots: Artists Collaborate Across Country 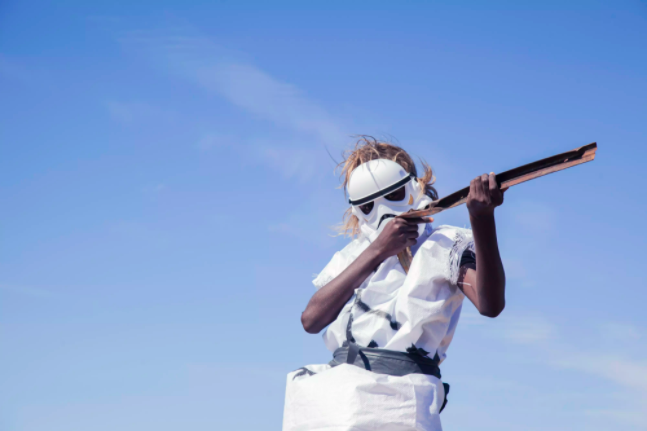 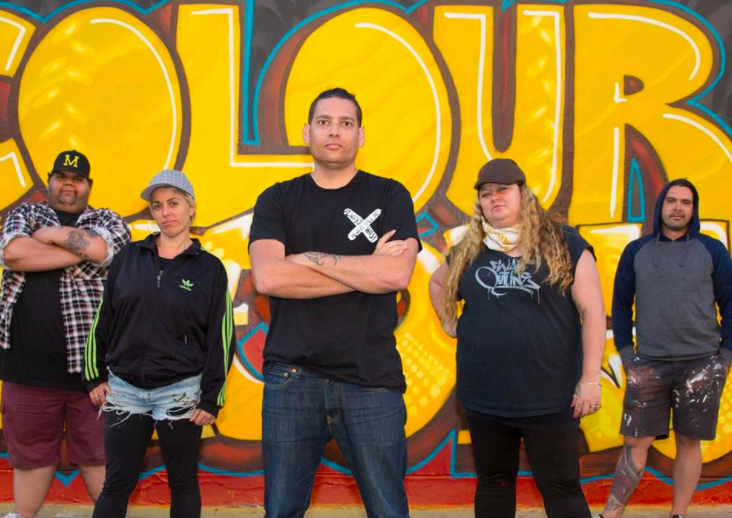 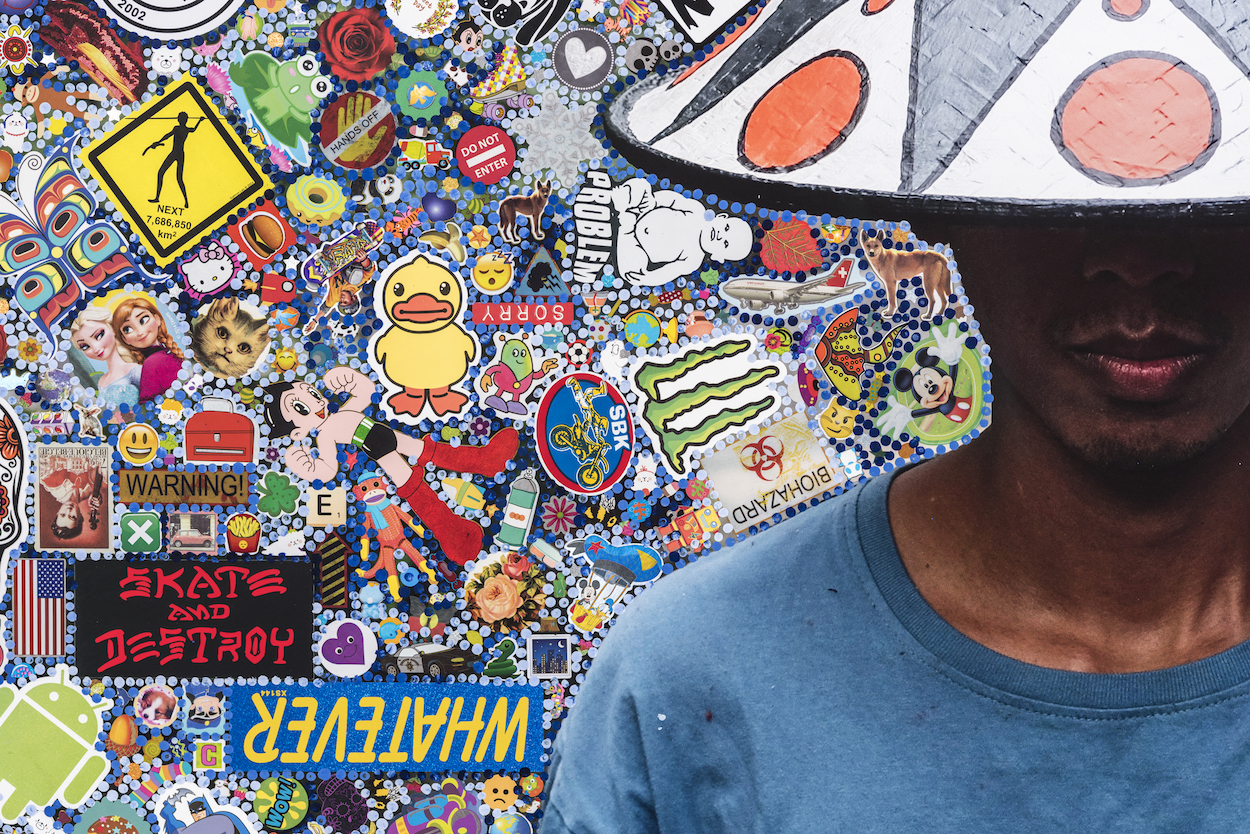 On the morning of Sunday 23 January 2011, a farmer in Yogyakarta discovers a crop circle in his rice paddies. Local Air Force launches an aerial investigation, photographing the 70m diameter geometric pattern from a helicopter. The resulting press release concludes the crop circle was imprinted by a UFO from the height of 1000 feet and from a number of different angles.

In Tony Albert & Timoteus Anggawan Kusno, Tony Albert presents a new series of work titled Crop Circles of Yogya, developed during his residency at the Cemeti Art House, Yogyakarta (supported by Asialink). Albert appropriates farmer’s conical hats into wearable UFOs, takes portraits of Yogyakarta locals wearing the objects, and then highly embellishes the subsequent photographic prints with stickers of widely recognisable pop culture symbolism. Notions of otherness – the ‘Alien’ – are subverted through the saturation of Western iconography adorning these images. Exploring how developing countries engage with the Western world, and vice versa, Albert interrogates imagined and constructed understandings of otherness. Situating himself as a visitor, Albert engages local tradition, personal narrative, and collectively relatable symbolism, to ask – who is the Alien here? 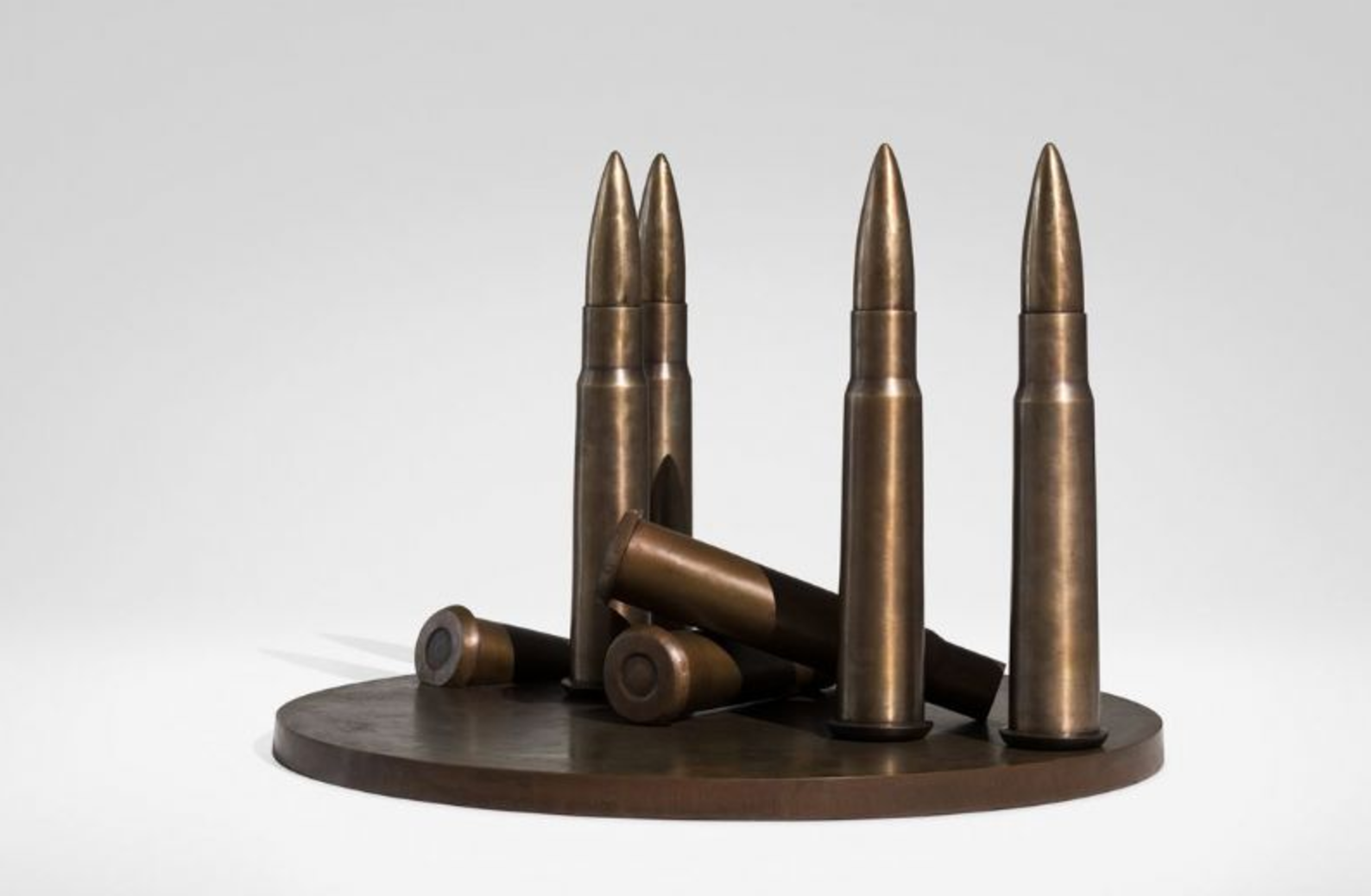 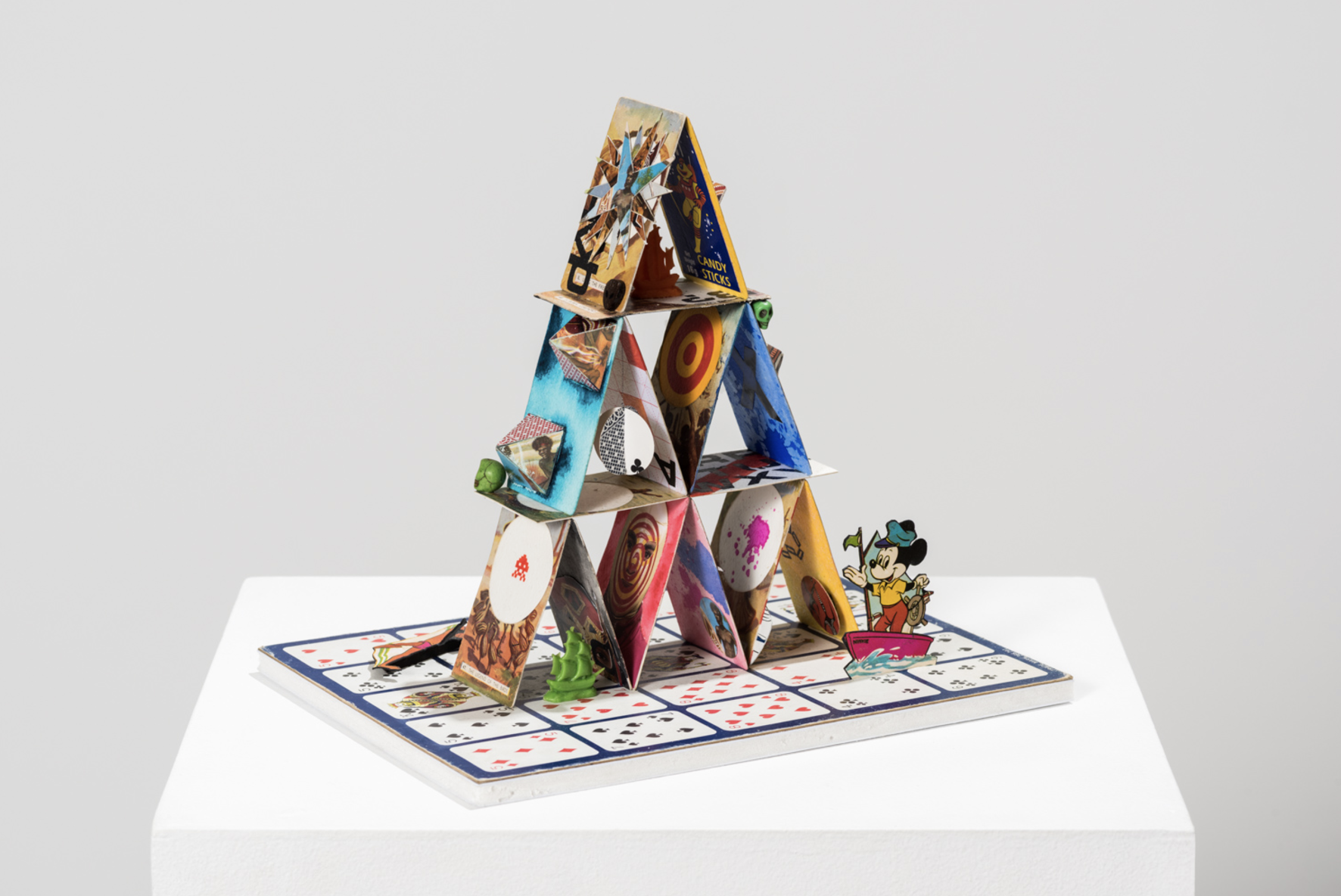 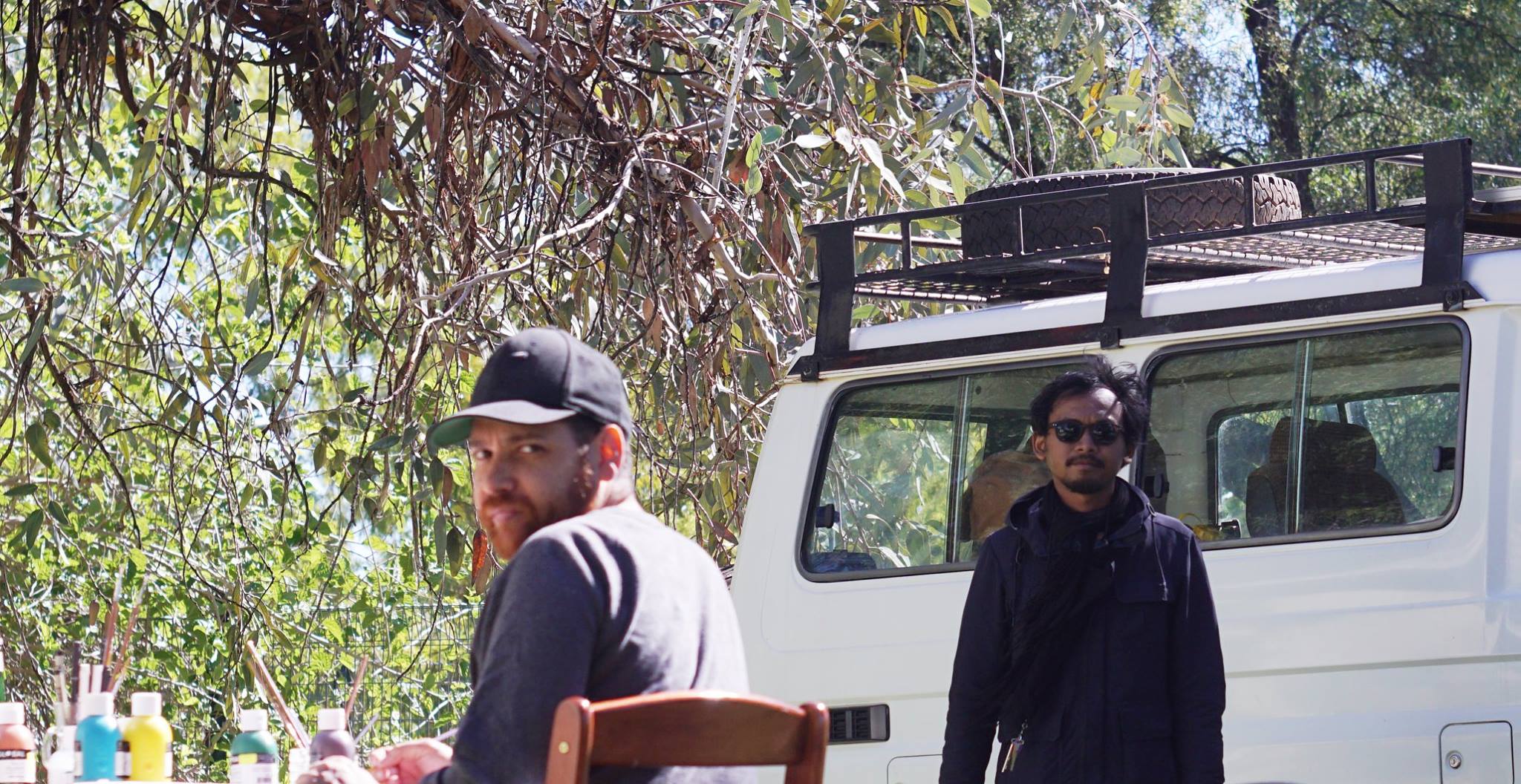 Kerjasama, or ‘Collaborate’, is a reciprocal visual arts residency between Australian artist Tony Albert and Indonesian artist Timoteus Anggawan Kusno. Kerjasama #3 is the third phase of the residency program, where both artists bring together their collaborative works for a final presentation and an artists’ talk on 20 September 2016. 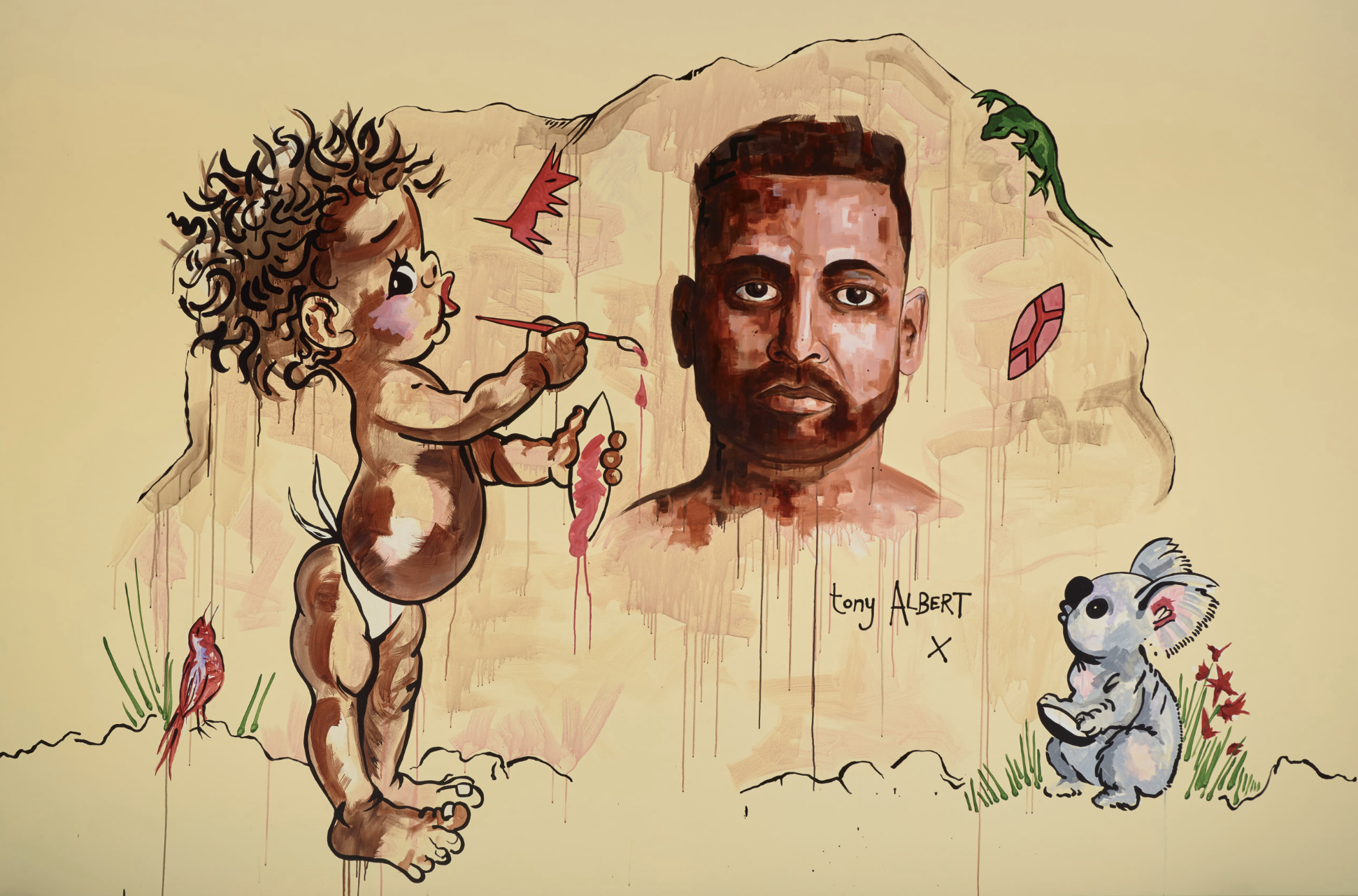 Tony Albert has been awarded the world’s richest landscape art prize, The Fleurieu Art Prize, for his work The Hand You’re Dealt.

Tony Albert’s winning work The Hand You’re Dealt is a wall piece comprised of a suite of vintage playing cards, whose placement weaves references to Western popular culture and Australian Aboriginal culture. These intricate pieces which comprise the overall installation are superbly crafted by Albert through cutting, collage and construction techniques, work to displace traditional Australian Aboriginal aesthetics and accepted national stereotypes. This seamless blend of the kitsch and classic speaks in a contemporary voice about the Australian landscape. 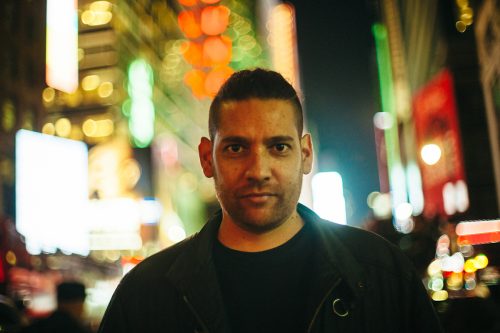 Tony Albert is one of 75 artists selected as finalists for the country’s most prestigious national Indigenous Art Award.

The 33rd Telstra National Aboriginal and Torres Strait Islander Art Award marks the 25th year of the relationship between Telstra and the Museum and Art Gallery of the Northern Territory (MAGNT). The award was founded by MAGNT in 1984, and remains Australia’s first, most prestigious and longest-running award dedicated to Indigenous art and artists.

The exhibition will be on view from 6 August – 30 October 2016 at the Museum and Art Gallery Northern Territory, Darwin.